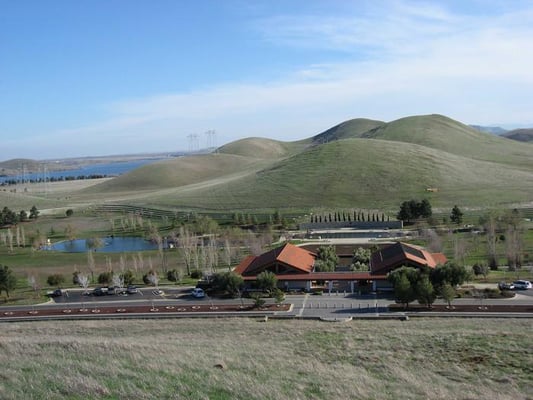 Many times people ask what the best part of my job is.  Without a doubt, it is when I am called to play Taps.  We don’t do it as often as you may think, and when we do, there is a rotation that happens at work between myself and the other trumpet players.  Today was my turn.  A Senior Airman from Beale AFB – that’s all I knew about him – and often, that is more than I usually know.  I show up, get into position before the family arrives, standby, sound Taps, and then depart with the Honor Guard.  I’m usually gone before the ceremony is completely over.

Today was a little different.  The San Joaquin National Cemetary is about 2 and a half hours away from Travis AFB.  The funeral is at 2pm, so I pick up a government van at 1030 and make the long drive down.  As soon as I arrive, I check in with the Honor Guard NCOIC and he tells me “Lets give him what he deserves.”